I was able to meet someone whose father was at the DEA when these were issued. It appears that there were a total of 21 Redskins produced for 1972. He helped me identify that I am missing Jack Pardee and Len Hauss. It is his belief that only Redskins posters were produced in 1972. The set went national for 1973. It appears that 6 players per team were produced from several different teams. I will upload Chris Hanburger soon, and am only missing Sonny Jurgensen from 1973.

It also appears that the horizontally oriented posters measure half an inch shorter at 17.5 x 15 than the vertically oriented posters, which are 15x18. I'm not sure whether it's because the ones I have were trimmed, but they all appear to be uniformly cut the same size. I also acquired 5 of the horizontal posters in 3 separate transactions, which is further evidence that perhaps the smaller size is indeed standard.

If you have 1972 Jack Pardee or Len Hauss, or 1973 Sonny Jurgensen or any Redskins posters not shown here or know any further information about these posters, please email me at HTTR@CollectRedskins.com.

The bulk of the items presented on this site are in their natural state, however, please note that I did enhance the photos of these posters (as well as other large posters) to have a solid black border. It is tough for even professional photographers to capture shiny black, which means an amateur with a camera phone like me has no chance.
Read More 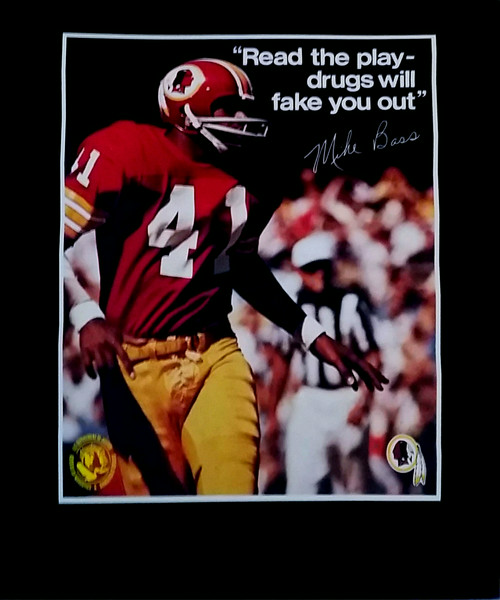